Create Like Nobody is Watching… Especially If They Aren’t

What do we do when we want to create, but there's nobody there to see it?

Years ago I wrote about an internal frustration around writing itself. In short, I wasn’t creating as much as I felt I should be, and I was bothered. Turns out my dissatisfaction wasn’t all that uncommon. While I didn’t create nearly enough for that blog, when people did happen to check it out, that was the post they seemed to bring up if we ever spoke. Seeing as it’s been a few years and I approach this problem somewhat differently, I thought it might be worth revisiting.

For anybody who creates things–be it for pleasure or work–there can be an annoyance that creeps in when we aren’t producing as much as we feel we should. This aggravation becomes the voice that suggests we can’t, and it stops many in their tracks. So how do we get around it?

Ego is the enemy

“The task that stands in the way of your task, is your task.”

The voice within has a great deal of power, so we would be wise to tame it (or at the very least distract it with something shiny). We must first recognize the reality of creating anything good: it usually takes more time than we realize. Probably almost always. The inner voice has a fascinating way of carelessly blowing past this point. It may be both your hype-man and your cruelest critic, but it’s woefully unqualified to be much else. Whether it’s telling you that you’re unstoppable or you don’t have what it takes, it’s wrong.

We often see successes play out and we think it should have been us. We could have done that thing because it’s so simple. All around us are rags-to-riches stories and if we could just get up at 4am like whatever billionaire is popular this week, we could be the ones on the magazine cover. 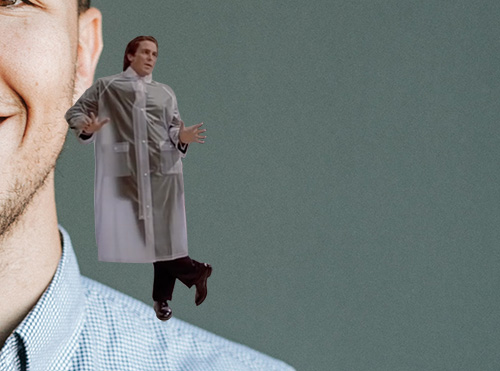 My inner voice Patrick, pointing out the absurdity that this is only my 4th post on this site.

That’s the voice talking–and as established–logic is not his strong point. We aren’t seeing the 6 (or 60) years of work that led to the “sudden” success. We’re witnessing the final act of a story that’s been playing out far longer than we appreciate. So it makes sense that you look at your analytics and see that nobody is visiting, reading, listening, or talking about you and feel less than. For you this has been the most exciting 6 months of your life as you breathed life into an idea and watched it become something. It’s a deflating feeling when you come to the realization that you may be alone in that excitement. They told you that you couldn’t do it and it’s starting to look as though they may be right.

How we react to that unexpectedly (yet likely) slow start is everything. Is this where we pump the breaks or find another gear? It’s common to break down successful people into their component parts and look for the silver bullet they used to do it all. When we do this it becomes apparent that success is more complicated than a daily regiment of gross smoothly + 10 minutes of meditation. That said, there is a commonality to many of them, but it’s not quite what we want to hear: successful people aren’t necessarily the best at things, but they’re often highly patient and resilient.

To put it another way, they tend to have a different relationship with the voice. They don’t listen to it when it expects too much, too soon. Their voice certainly exists, but they don’t let it drive. Remember people who create amazing things aren’t becoming amazing and then getting to work on creating. It’s the other way around. They’re getting to work on creating and they end up amazing as a result. Only then are they ready to hit it out of the park.

Adjusting their relationship to their inner voice is what allows them to take the first uncomfortable step: create garbage that nobody will care about. The hard work isn’t creating, it’s overcoming the part of you that wants to hide when you aren’t succeeding.

The hard work isn’t creating, it’s overcoming the part of you that wants to hide when you aren’t succeeding.

So how do we do it? Overcoming the voice clearly isn’t commonplace or simple. How do we move beyond it so we can get to work? There’s tons of paths to take here, but my personal favourite is to focus on the power of framing. In this case, we will adjust our framing of success.

If we look at the problem from a different angle, we can recognize something that will afford us a lot of freedom: There is no definition of success. Is it a certain number of readers in a given time? A number of downloads? Ad views?

We have the ability to determine what success is, and there’s definitely a wrong way to do this. If we define success as any of the ways above, we’re placing our success in the hands of a fickle, distracted population. I’m not even big on letting people pump my gas let alone handing them the kill-switch to my entire sense of self-worth and personal satisfaction.

So let’s reframe success as something that’s more attainable. We can make it internal so we have more control over it, and we can make it easier so we get some sweet wins and build momentum.

You’re supposed to be creating something. Do you enjoy creating it? Let’s assume on some level you do. If your job is creating things and you hate it, then we have a much more serious problem because that puts you up against pure willpower, which is naturally (and tragically) finite. The things you enjoy though? Working with them is a whole different ballgame where willpower becomes almost a non-factor.

So assuming you enjoy doing the thing, can you find joy and purpose in merely doing it? Can the bumps along the road lead to important lessons? Can we almost look forward to running into them? Can success be redefined as creating and nothing more?

If this is possible, then you stand a chance of becoming something very special. Rather than bathing daily in the failure of unmet goals, you’re generating a momentum of wins that makes you very hard to compete with. Where will you be in 3, 6, or 12 months of doing this over and over again? Will you even notice the time passing? The person who does the thing for enjoyment cannot lose as easily as the person who must buckle down and find it at a deeper level. Being immediately good at the thing isn’t even all that important. Incremental improvements are a superpower that’s about to come in very handy.

Be ready for your opportunity, because it’s coming

interest will find its way to you and your work. What will you have to show when it does?

One day you’re going to connect with a pitch. You probably won’t see it coming and it’ll likely spark off a formula you hadn’t realized yet. You’ll create a post, song, piece of art, or product that will be nothing more than another for the pile. Perhaps a critical mass has been building or you’re simply about to run straight into a patch of luck. Regardless, things are about to tip in your favour.

The right people will see it, they’ll share it, and interest will find its way to you and your work. What will you have to show when it does? This is the absolute curse of early success. There’s nothing to build off once you get the attention. So you made a cool thing. Well done! What now?

This is what we gently point out to our inner voice when it questions why we should write when nobody is reading. Why produce something that nobody is going to notice? If you listen to the voice too much, the day you catch lightning in a bottle will end sadly. When the people flock to see you they’ll find nothing because you’ve spent your time lamenting the lack of success you feel you deserve instead of creating. You’ll watch a golden pitch float undisturbed through your strike zone because you forgot to make yourself a bat. 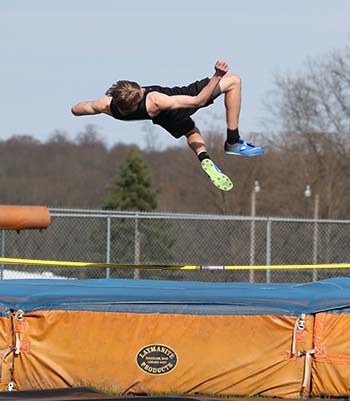 I have a good feeling about this one.

So build your bat. The most important factor to keep in mind here is that because we’ve redefined success as doing something enjoyable, this process can be downright pleasant. Your inner-voice is welcome to continue being a prick, but it won’t get much space to interject when you’re hitting your defined success all the time.

Schedule 10 minutes to do something tomorrow. Put the bar so low you might fall on your ass and still clear it. Who knows, maybe you’ll find some flow and stretch that 10 into 60? If you don’t, it doesn’t matter. Your only goal is 10 minutes of producing something you enjoy. Then do it again each day for a week. By the end of the week you’ll have completed at least an hour of progress towards your thing.

Your inner-voice may have something to say here. Only an hour? You think that’s impressive? Don’t let it drive. It’s the downer friend that just wants you at their level so they can feel better about sucking so much. Run the alternate reality in your mind where you watched Netflix instead and accomplished nothing at all. Be proud of yourself. Talk to yourself as you would a friend who’d done the exact same thing… you’d be proud as hell of them.

Procrastination around difficult things has never been a mystery to me. Things that aren’t fun are hard to do. What has confused me over time is why sometimes we procrastinate on the things we actively enjoy. It’s taken a long time for me to recognize that the problem hasn’t been the task at all, but rather the method I was using to approach it. Using the steps outlined above, I’ve found some personal success and hopefully you can too.