A little bit about us

Hello there. My name is Russ Fee, and I design, develop, and manage websites with FS Creative in Calgary Alberta, Canada. For over 15 years I’ve been working with small-to-medium sized companies on their websites and doing what I can to make the internet a better place.

The principle goal of FS Creative is to interrupt the frustration, procrastination, and general unease that many feel around websites. It’s understandable that they aren’t everybody’s favourite part of business, and that’s where I can lend a hand.

FS was built to answer the calls of people who need a website and want more than a web rookie, but less than a full agency. It was conceived to remain small and agile–loaded with experience while also able to move quickly.

The name was borrowed from a family business started by my Great Grandfather in a small town in Alberta. He would open a hardware store called A.E Fee Hardware and Paints, which would be renamed later to Fee & Sons, named for himself and his 4 sons (my grandfather among them). The FS logo uses a close approximation to the font used on the first sign used on his store, which you can see in the image below of the happy couple (along with a glowing blob that we’ll call baby Grandpa). 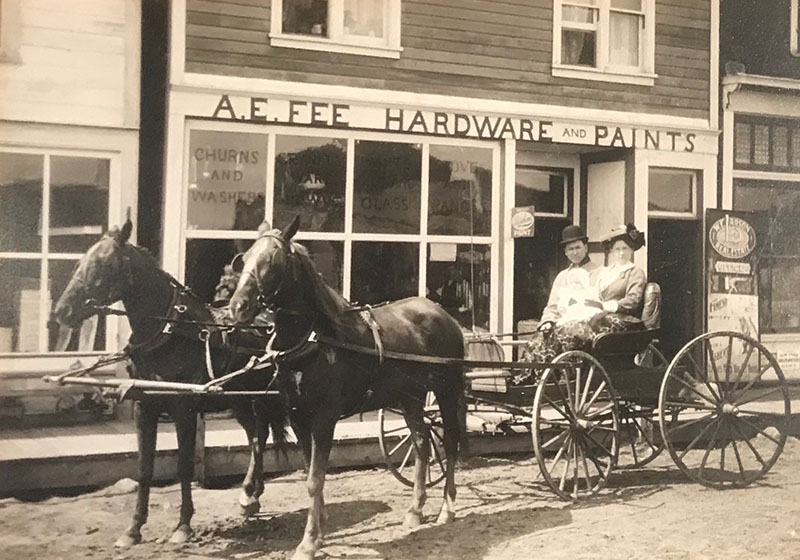